"We are pleased to have the master distribution for Omnia in Latin America, as we know it is the best solution for processors in the world," says Carlos Sarraff, Cofounder and CEO of Broadcast Depot. "Having the best in the market will give our customers the best sound possible. We feel the DNA of Omnia is part of our company." 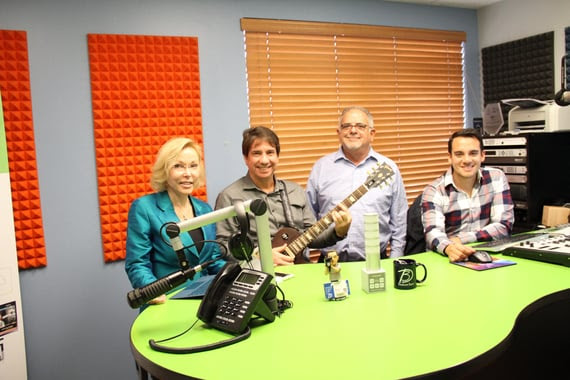 "Broadcast Depot has been an outstanding Omnia dealer for many years. We are thrilled to expand our relationship with them as partners who see Omnia's vision and market leadership," adds Juan Punyed, Director of Radio Sales, Latin America. "It's a perfect match that will bring more incredible sound to more facilities in Latin America."

Omnia Audio—part of the Telos Alliance—was founded by Telos Alliance CEO Frank Foti, who used audio engineering/processing to enable stations to craft a unique ‘signature sound’ that was louder than anything else on the air, yet with clear sound and no distortion. This processing is at the core of Omnia products, allowing stations to stand out among the competition on a crowded dial. Omnia has continued to innovate leading-edge and solutions-oriented broadcast audio technology, with numerous accolades and awards under its belt. Omnia designed the first all-digital FM audio processor and the first DSP-based broadcast audio processor; introduced the first broadcast processor with 48KHz audio sampling rate; is the innovator of new tech and features in broadcast processing, including the first broadcast processors to have AES composite output, Single Side Band (SSB) for FM Stereo, and Audio over IP; and is the developer of µMPX™ audio codec, which transports high-quality Multiplexed FM signals over a small 320kbps data pipe. Omnia continues to give broadcasters the tools they need to amplify, customize, and perfect their sound signatures.

About The Telos Alliance®
For three decades, the brands of the Telos Alliance have revolutionized radio and television by pioneering disruptive, cutting-edge audio technology with the goal of helping global networks and local stations produce better programming, improve audience engagement, and bolster ratings. The Telos Alliance is made up of six brands—Telos® Systems, Omnia® Audio, Axia® Audio, Linear Acoustic®, 25-Seven® Systems, and Minnetonka™ Audio—that raise the bar for quality and innovation in the radio and television industries. The Telos Alliance invented Audio over IP for broadcast and contributed time and resources to the effort that led to the AES67 standard. Headquartered in Cleveland, Ohio, USA, with additional offices and dealers around the world, the Telos Alliance offers an industry-leading warranty and backs users' critical on-air needs with worldwide 24/7 round-the-clock support for all customers. A complete list of dealers can be found at www.telosalliance.com/Dealers.